The strong Saharan dust event over Europe reached our measurement locations at the Helmos Hellenic Atmospheric Aerosol and Climate Station in Greece and the Sonnblick Observatory in Austria. 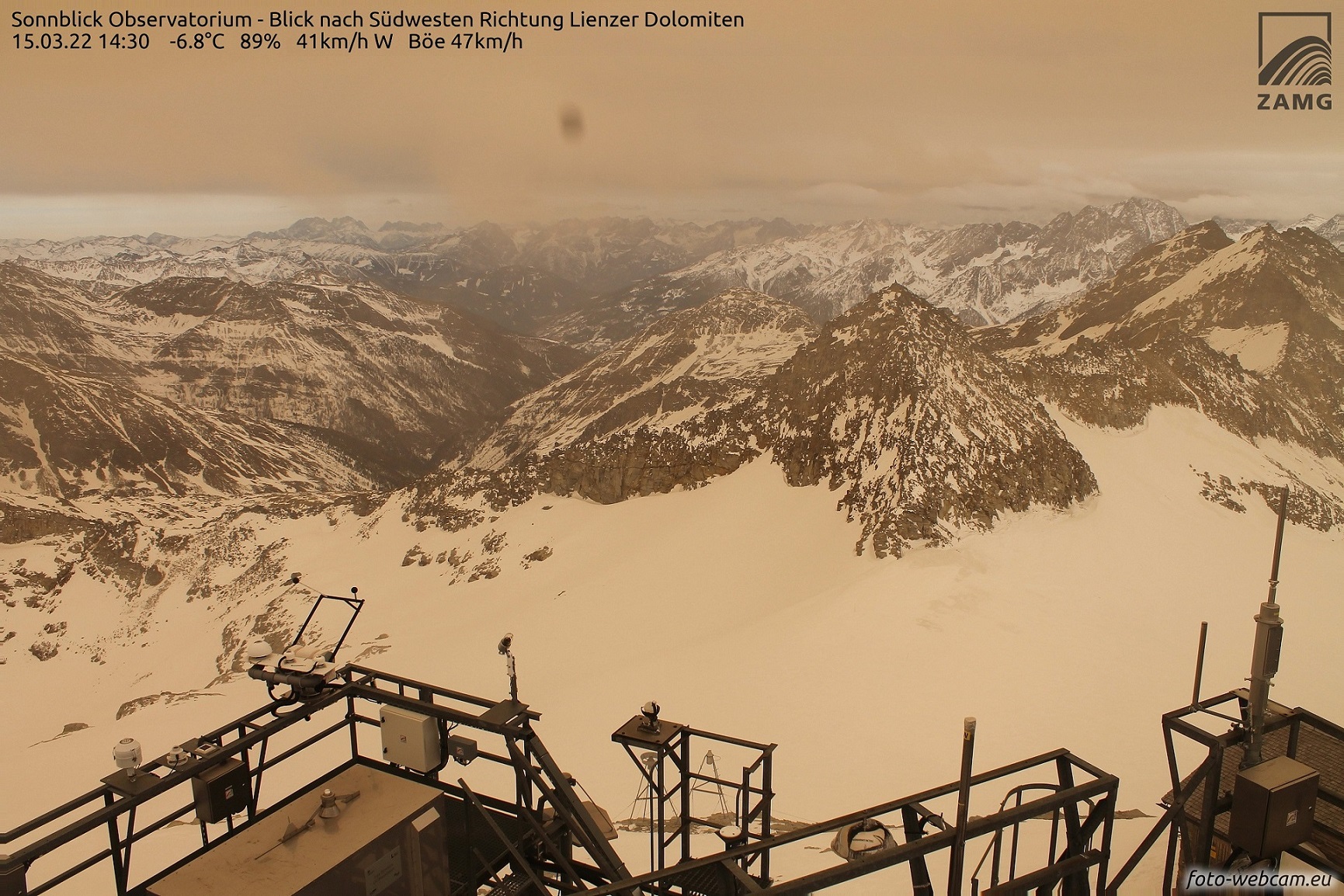 Since March 15th, an extraordinary strong and long-lasting Saharan dust event coloured our skies orange and deposited sand from the Sahara on cars and other surfaces. Not only did these aerosol particles impact the visibility, but did also show their ability to contribute to ice crystal formation in supercooled clouds.

From century-long research efforts it is well known, that dust aerosol particles are amongst the most efficient ice-nucleating particles (INPs) at temperatures below about -20°C. During Saharan dust events, measurement stations exposed to these aerosols are a natural laboratory to investigate their ice nucleation ability. The IMK-AAF currently operates two mobile PINE (Portable Ice Nucleation Experiment) cloud chambers at the Helmos Hellenic Atmospheric Aerosol and Climate Station (HAC2) on Mt. Helmos (2310 m a.s.l.) in Greece and at the Sonnblick Observatory (SBO) on Mt. Hoher Sonnblick (3106 m a.s.l.) in Austria. Both stations are part of the pan-European ACTRIS (Aerosol, Clouds and Trace Gases) Research Infrastructure which is currently implemented.

The stations are located in the lower free troposphere and were hit by the Saharan dust cloud on March 15th (SBO) and March 16th (HAC2). The arrival of the strong dust cloud caused an increase of the INP number concentration by about a factor of 10 at both stations (Fig. 1). Interestingly, the dust cloud reached Mt. Helmos about one day after its arrival to Mt. Hoher Sonnblick, which is caused by complex atmospheric transport patterns between the Sahara and Central Europe. The PINE measurements will help to better understand the role of dust particles in the formation of cloud ice crystals and by that also shed light on the complex processes occurring inside clouds and leading to the formation of precipitation.

Figure 1: INP concentration measured with PINE for a nucleation temperature of -26°C at