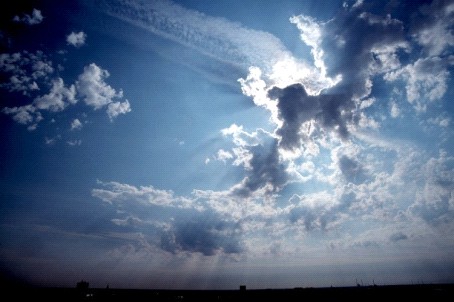 At temperatures between 0 and -35°C, the freezing of supercooled cloud droplets can be induced by certain solid aerosol particles, so-called ice nucleating particle (INP). The heterogeneous ice nucleation is induced by a particle immersed in the droplet (immersion mode) or colliding with a droplet (contact mode). The same particle can first act as CCN and then as INP (condensation mode). The direct deposition of water vapour to the surface of a solid particle is called deposition mode ice nucleation.

The number of ice crystals in mixed-phase clouds is typically much smaller than the number concentration of droplets. The ice crystals, however, grow to larger sizes in expense of the liquid droplets (Bergeron-Findeisen process). The ice initiation and related secondary effects like riming forms mixed-phase clouds with rapidly changing internal structure which affects the cloud cooling and warming capabilities. In many cloud cases, ice formation also initiates precipitation events. The INP efficiency of aerosol particles sensitively depends on their physical and chemical surface characteristics.