Clouds are important regulators of the Earth's global temperature, because they scatter shortwave visible radiation from the sun back to space (cooling effect) and absorb long wave infrared radiation emitted from the Earth surface (warming effect).

The formation of the ice phase in clouds is of central importance because it has a strong influence on their life cycles and radiative properties, and, in many cases, initiates precipitation. The response of cloud characteristics and precipitation processes to changing natural and anthropogenic aerosol sources is one of the largest uncertainties in the current understanding of climate change.

A major challenge is therefore to determine the ability of aerosols to act as CCN and IN and to develop aerosol-related parameterisations for the representation of CCN and IN processes in cloud, weather forecast, and climate models. The Virtual Institute VI-ACI aims at detailed experimental and modelling investigations of aerosol cloud processes and novel evaluations of the role of clouds in the climate system.

In the Helmholtz Virtual Institute on the “Role of aerosol particles as condensation and ice nuclei in tropospheric clouds (VI-ACI)”, three Helmholtz Centres, one Leibniz Institute, and 6 Universities combine their expertise and efforts in the field of aerosol-cloud interactions to closely cooperate on the follow-ing scientific objectives: 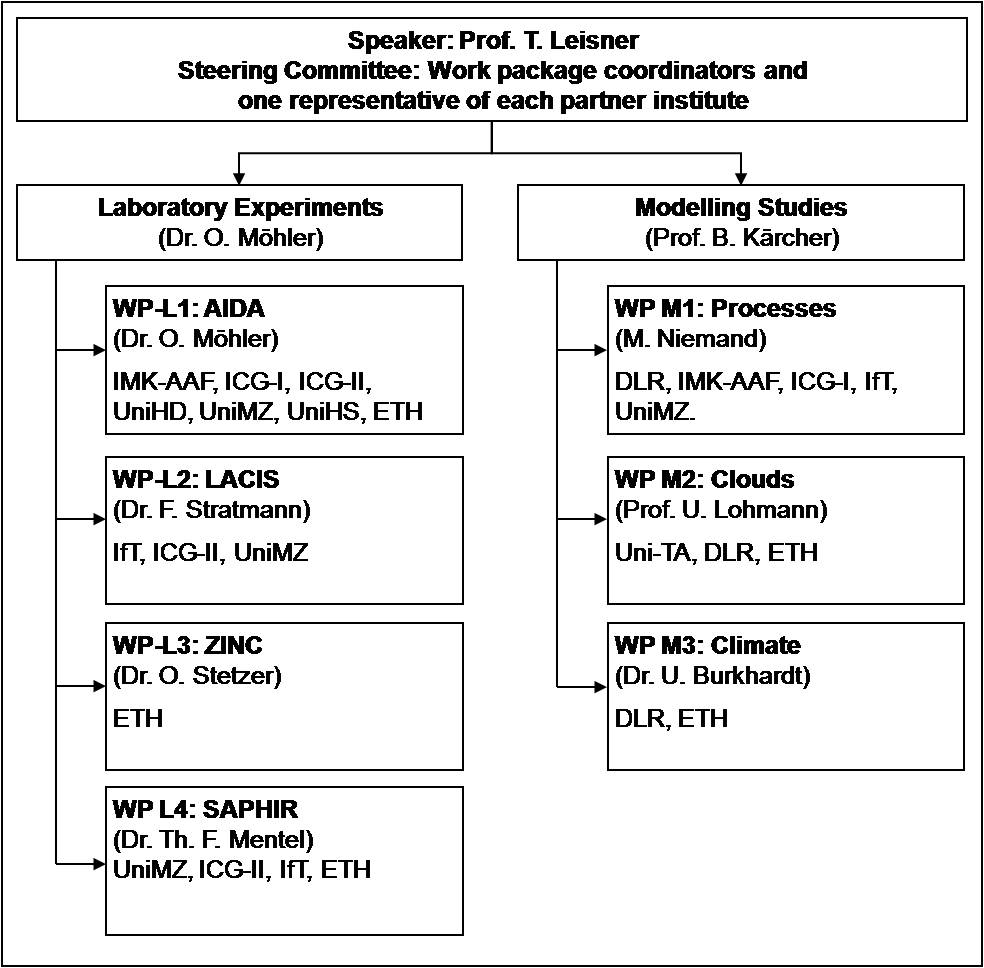